Capture of the Ships: Detroit and Caledonia

September 8, 1812, Commodore Isaac Chauncey of the United States Navy, commanding the naval department including Lakes Erie and Ontario, with headquarters in Sackett’s Harbor, New York, dispatched Lt. Jesse Duncan Elliott (1782 to 1845), a young naval officer attached to his staff, to the Buffalo posting to perform special service. On September 22, 1812, Lt. Elliott, now billeted in Black Rock was vested with unlimited authority empowering him to purchase or construct five vessels for our naval service on Lake Erie. By purchase, he secures four small merchant ships, later known as the “Ohio”, the “Tripp”, the “Somers” and the ”Amelia”, to be used as scouting or flanking ships.

In the later Battle of Lake Erie, Lt. Elliott participated in the victory by Admiral Oliver Hazard Perry on September 10, 1813, as commander of the brig “Niagara” until fleet commander Perry came aboard from the disabled warship the “Lawrence” and set his own battle flag to the masthead containing the famous inscription: “Don’t Give Up the Ship”.

On October 8, 1812, by telescope were observed two good sized brigs, flying the British flag, arriving in Fort Erie, a strong fortress across the Niagara River on the Canadian shore directly opposite Buffalo, dropping anchors under the protective guns of the fort. The attention of Lt. Elliott was called to these two vessels by a venerable Seneca Indian leader, Farmer’s Brother, then 80 years old, but formerly a stalwart war chief, who suggested these ships would make valuable additions to the proposed American fleet. Immediately, Lt. Elliott set plans in motion to capture the two ships, whose names were discovered by British naval lists to be the “Caledonia” and the “Detroit”.

The HMS “Caledonia” was a three gun 250 ton brig built in the Malden shipyards of Upper Canada for the North West Company and launched in 1807. During early 1812, the vessel was commandeered by the British Navy and played a vital role in the Siege of Fort Mackinac, carrying troops and guns to the island. It later transported 250 troops, military supplies and a load of furs eastward, docking at Fort Erie where it was seen by Lt. Elliott and after capture renamed the USS “Caledonia”. The USS “Adams” was a 200 ton 12 gun brig built on the River Rouge shipyards and launched in 1799. It was commanded by Lt. Henry B. Brevoort, from 1802 to 1812. It was purchased during the summer of 1812 by Gen. William Hull for $5,600. Gen. Hull was the American Army commander at Detroit and added the ship to the defenses of the forward outpost of Detroit, where it assisted in supplying American troops and materials to Fort Mackinac and Fort Dearborn. The “Adams” was in drydock in Detroit for repair and refitting when the war broke out and before the ship could be armed, Hull surrendered the vessel, the city and the forts after minimum combat to the British under Gen. Brock in the Siege of Detroit on August 16, 1812. The British armed her, made her a six gun brig of the Royal Navy with armament consisting of 6 x 6 pounder forward cannon. and recommissioned the brig the HMS “Detroit” in honor of their victory in this battle. The “Caledonia” and the “Detroit” gave the British the balance of power on Lake Erie at the time.

Conferring with Col. Winfield J. Scott, on duty in Buffalo with his regiment, the Second U.S. Artillery, LT. Elliott and Scott, with the approval of Scott’s commander, Capt. Nathan Towson, drafted 50 men from the Second Artillery and as part of a larger force would attempt to cross the Niagara River and seize the two ships. During the same day, a number of seamen, ship’s carpenters, caulkers, fitters and joiners,assigned to duties in the preparation of the planned fleet, arrived in Buffalo from New York City and elsewhere and from these ranks an additional 75 men were drafted by Lt. Elliott to take part in the dash across the Niagara River.

All were strangers to the waters around Buffalo, so Capt. James Sloan, living in the Village of Black Rock, a well known, skillful lakes captain, familiar with the currents of the river, was selected to pilot the expedition. At 1 AM on the morning of October 9, 1812, the force was assembled at the mouth of the Scajaquada Creek and embarked as a group of 120 men divided between two scows. Under Capt. Sloan’s expertise, they successfully crossed the rough and rapidly flowing waters of the Niagara River to the Canadian shore, where the two brigs were anchored. They quickly clambered over the vessels’ gunrails, before being discovered by the British guards. A sharp fight with hand guns and muskets ensued, but Lt. Elliott and his men were successful in clinging to the vessels, now cut free from their moorings and in a light wind drifting northeast with the river’s current. The “Caledonia” was brought across the river unscathed and beached at the foot of what is now Albany Street in Buffalo. It was taken in November to the Scajaquada Creek shipyard for combat refitting. However, the “Detroit” was swept up in the southwesterly undercurrent of the Niagara River and uncontrolled, steered itself away from shore. In addition, the British were in hot pursuit, so Lt. Elliott gave up on trying to guide this vessel to Black Rock and instead beached it on the southwestern shore of Squaw Island. With daylight, the British made repeated efforts to recapture the “Detroit” and were met blow by blow with American counterattacks, with both Lt. Elliott and Col. Scott participating. For a short while, the “Detroit” after being scuttled by the Americans, was occupied by 40 British marines who were driven off at great loss by a volley of American cannonade. From the “Detroit” the Americans salvaged three cannon, five mounted guns, six more in her hold that were originally American cannon, 22 barrels of black powder and miniballs and 75 American muskets taken at Detroit by the British. Also seized were two cannon on the “Caledonia”. Eight cannon were lost when the “Detroit” started to sink. Finally, to prevent the “Detroit” from being abandoned and being reclaimed by the British and because the ship had been raked by cannon fire from both sides, the Americans set her ablaze and returned to Black Rock.

The news of Lt. Elliott’s bold exploit spread across the nation and was received with exultation. On January 29, 1813, Congress adopted a resolution recognizing the gallantry of Lt. Elliott and his men. The “Caledonia” was retained by Lt. Elliott and eventually became part of Commodore Perry’s squadron, participating in the Battle of Lake Erie. On July 13, 1813, Congress voted Lt. Elliott “an elegant sword with suitable emblems and devices”, a prize of $12.000. for the destruction of the “Detroit” and a commission as flag officer on the “Niagara” taking part in the later lake battle. The “Caledonia” was one of five vessels overhauled and refitted at the Black Rock Naval Yard, on the southeastern shore near the mouth of Scajaquada Creek during the winter of 1812 – 13 by Henry Eckford, a noted ship builder.
Excerpted from “Perry’s Victory Centenary – A Report of Perry’s Victory Centenary Commission of New York State” – compiled by George D. Emerson, Secretary 1916 pp. 265 – 270.

There was a dire need for America to build vessels at once in the days before the War of 1812, if they were to have any chance for success in the coming war. The British controlled the upper lakes from August, 1812 to Perry’s victory on September 10, 1813.

With the concurrence of Army Gen. VanRensselear, Lt. Elliott was ordered to proceed at once to build two 20 gun vessels, six scows and a barracks for 300 men at the mouth of Scajaquada Creek in the Autumn of 1812, with that location chosen as there was already a shipyard there dating to 1803. The two ships taken at Fort Erie made the construction of the above large vessels unnecessary.

The seizure of the two vessels robbed the British of one-tenth of their navy on Lake Erie, leaving the British with 19 vessels and America with 12. The next day, the Senecas held a victory dance at the Black Rock Naval Yard in Elliott’s honor and made him a member of their tribe. The American shipyard was later moved to Erie, Pennsylvania in March, 1813 as Black Rock was declared to be too close to the British guns at Fort Erie.

Excerpted from “Old Niagara Company’s Share in the Battle of Lake Erie” by Peter A. Porter. Published by the Niagara Falls Historical Society. 1913 Pp. 9 and 10. 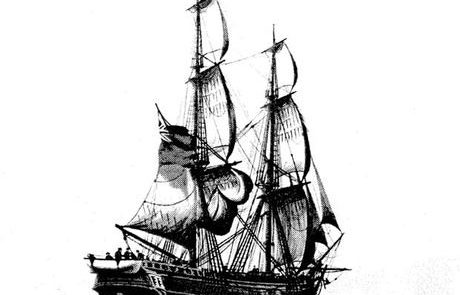 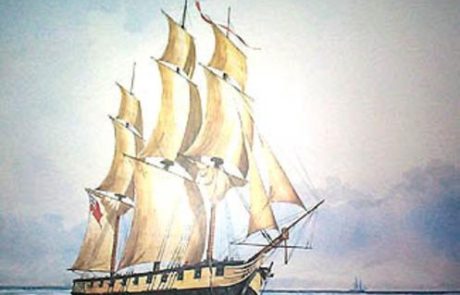 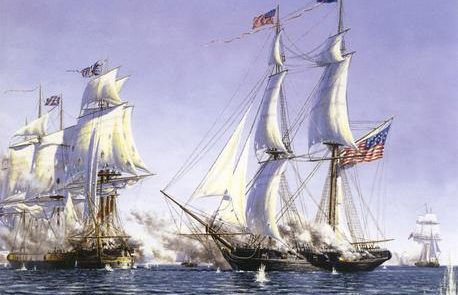 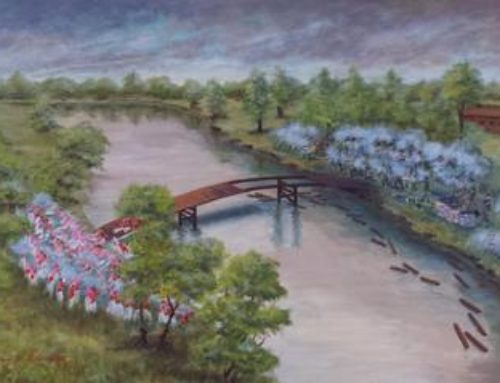 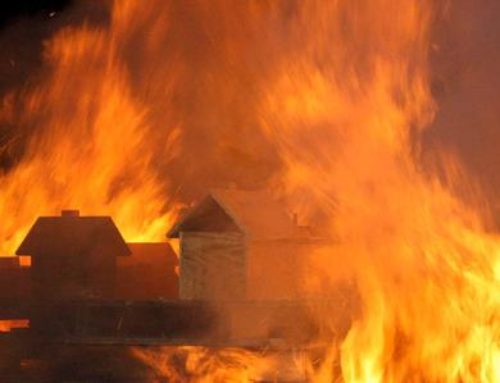 Black Rock Under Siege: A Call to Arms Gallery

Black Rock Under Siege: A Call to Arms 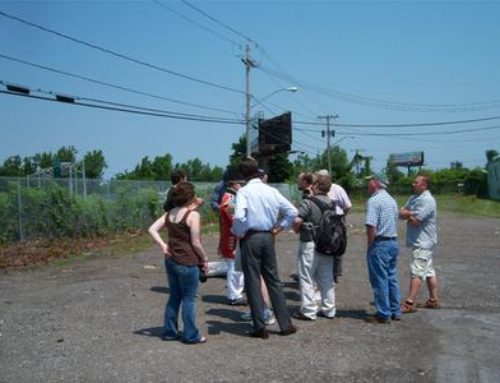 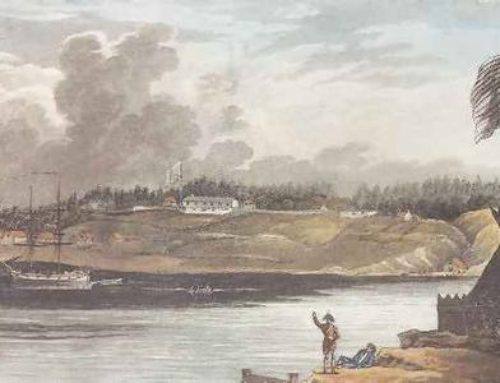